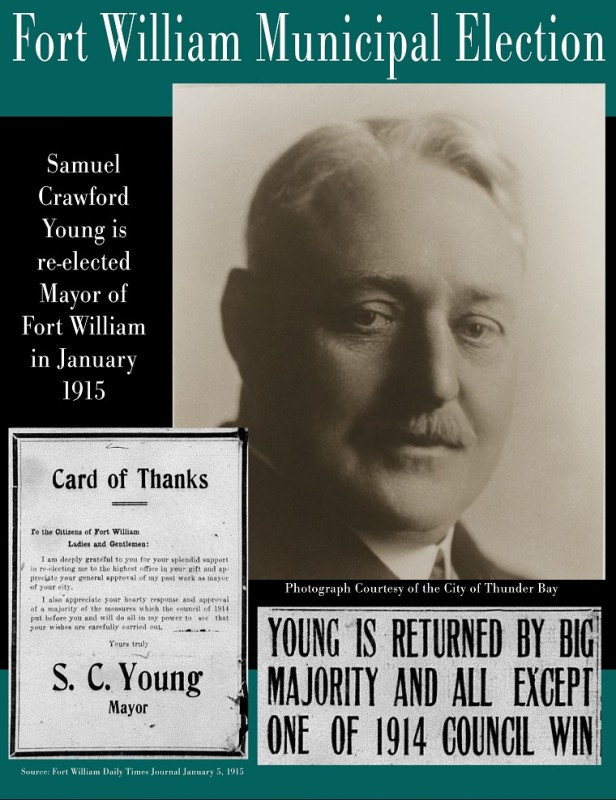 “Owing to the present European conflict in which the Empire is engaged and the consequent financial effect on all individuals and corporations throughout the Empire, the Council of 1915 is confronted with conditions and problems that will task our ingenuity and resources to the utmost.

Your responsibilities are very heavy, but when we consider the righteousness of the Empire’s cause, and the certain outcome of the present conflict, we may face these problems with courage.”

The Inaugural Address begins with this reference to the War, and then continues to address a wide variety of civic issues.

Mayor Young is asked to visit Toronto, Ottawa, and Montreal in connection with alien enemies of the Crown and other issues.

Under the War Measures Act, which was enacted by Parliament on August 22, 1914, anyone with ties to Germany, Austria-Hungary, or later Turkey or Bulgaria, were considered potentially “aliens of enemy nationality.” They were required to register with the federal government (a local registration centre was established in Fort William), and their movements and activities were restricted.

It’s not clear from this paragraph whether Young would be addressing security issues – the Lakehead’s grain elevators and shipping facilities were considered prime targets for enemy sabotage – or the social issues arising from the discrimination and poverty faced by many of these “alien enemies.”

“Alien enemy” men over the age of 16 were expected to be employed, “engaged in some useful occupation,” as this indicated they were unlikely to be enemy agents. Yet unemployment was high, and many of these men were prevented from working in industries where they would be considered security risks: grain and shipping, manufacturing, mining. They faced discrimination in hiring in other fields as well, and were often seen as taking jobs away from British citizens.

Men who were not employed, who travelled without permission, or did not report regularly to the Registrar, could be interned in camps. While there was no internment camp near Fort William or Port Arthur, soon the cities felt the effects of these policies as the families of interned men, and others experiencing discrimination, suffered from poverty and became in need of social assistance. 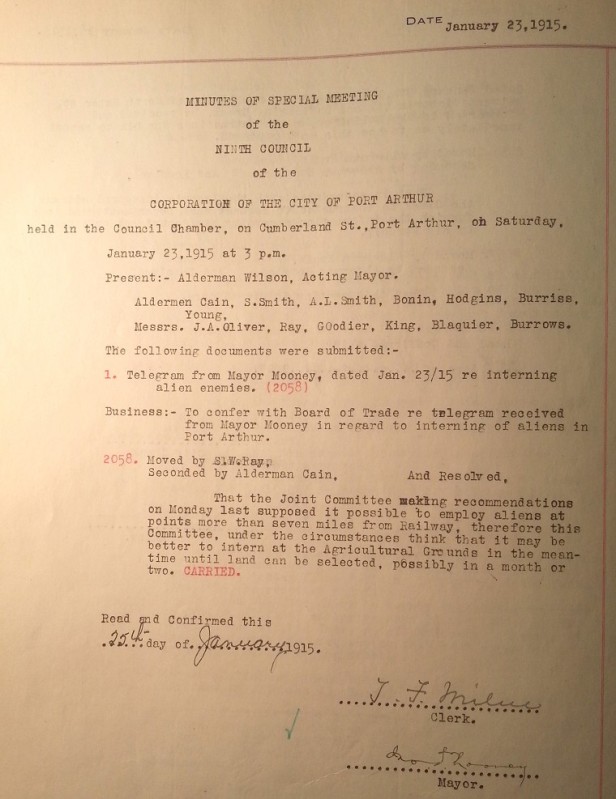 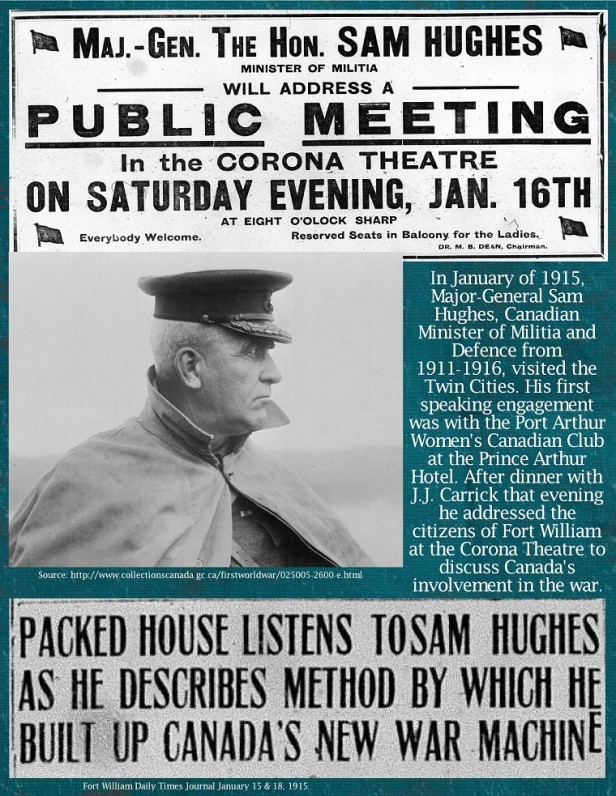