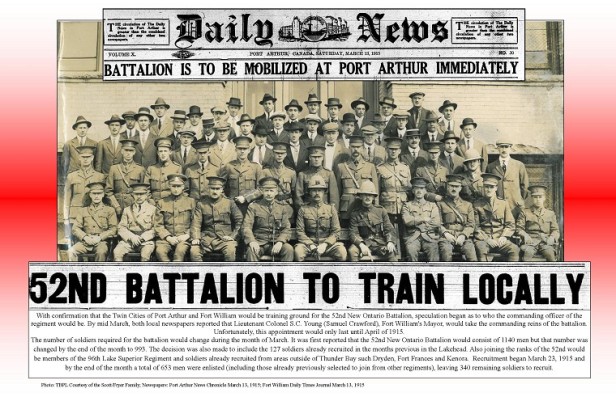 The question of if a new battalion would be raised at the Lakehead was still open at the start of March. The 52nd Battalion would be mobilized in Port Arthur on 20 March, 1915. A response is here given to the efforts of the two Councils in February 1915 to encourage the raising of the battalion:

During the same meeting, another letter was read, dealing again with the issue of streetcar tickets given to the troops.

Here, the Fort William council is concerned about the role of the City’s industrial sector in support of the war effort. Contracts for weapons, ammunition, and other materials were assigned by Government to existing factories with the capacity to take those projects on. This motion authorized several Aldermen to travel to Ottawa to promote Fort William’s industrial capacity to those who made the decisions.

A contract for manufacturing shells would be awarded to the Copp Stove Factory in Fort William in 1915. 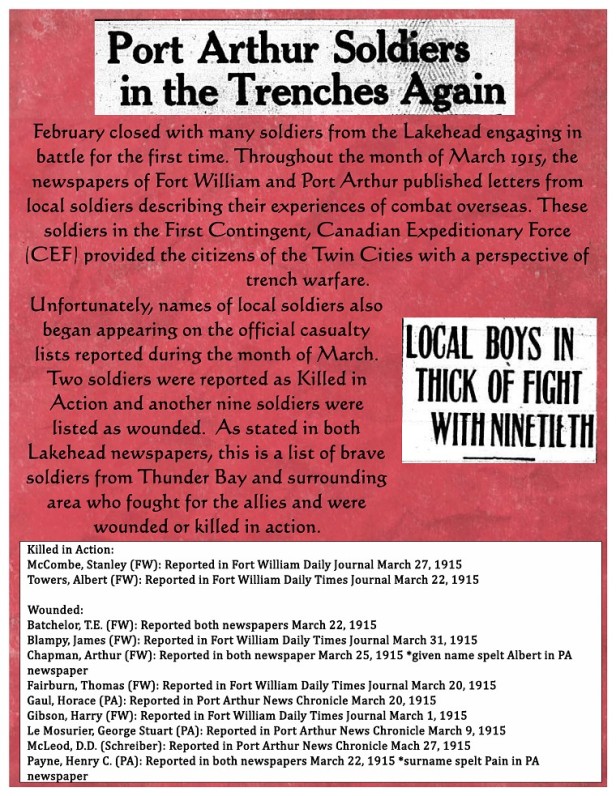