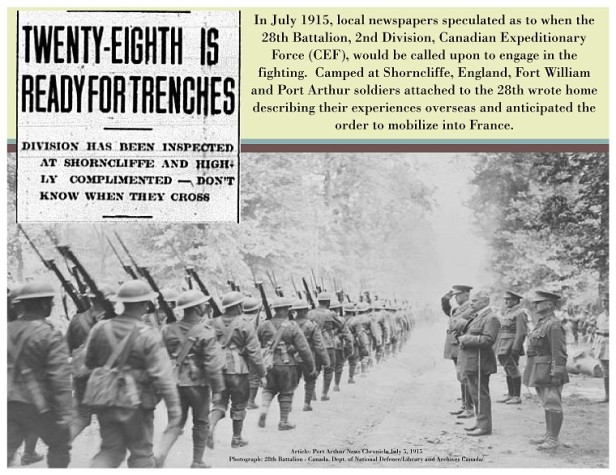 City Council meetings were held less frequently during the summer months; there was still a lot to talk about in July 1915.

The letter from Fort William City Council, sent in June was received and filed. At this time, a lot of correspondence passed between the two cities discussing what they termed the “Alien Enemy situation”, the problems caused by and affecting residents in the area who had immigrated from countries Canada was now at war with.

The same evening, another letter was received and referred dealing with the lives of a particular immigrant group. The Italian Consul in Fort William expressed concern about the lives of Italians, living with poverty and lack of work, at the Lakehead. Port Arthur Council would donate $100 in August of 1915. 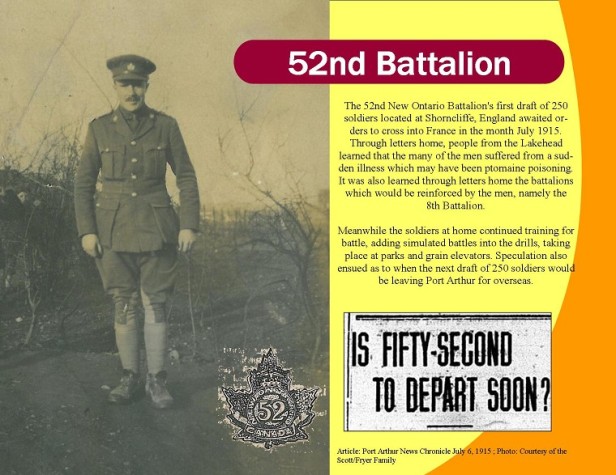 As a response to that letter received earlier in the month, Port Arthur City Council recommended that $100 be given as relief funds for Italian families.

Mayor Young, this time in his role as Chairman of Belgian Relief Work, has appointed Mayor Mooney to the Executive of that group. It is likely this is for a local branch of the Commission for Relief in Belgium, an international volunteer organization that purchased flour and other foods and sent them into German-occupied Belgium and northern France to support the citizens there. 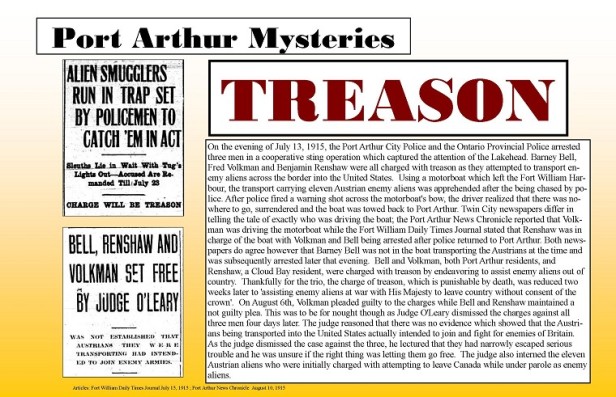 Major Swinburne acknowledges and thanks Fort William for presenting him with a “sleeping outfit.” No other records on this purchase or presentation have survived to the present day.

Here, Council asks Mayor Young to write to the Port Arthur Mayor, Council, and Board of Trade, asking them to support Fort William’s representations to Federal and Provincial governments regarding alien enemies. It seems that the lack of response from Port Arthur previously would not be a sufficient answer for Fort William.

“That this Council is of the opinion that a more severe classification of immigrants entering Canada should be enforced and that such as are experienced agriculturalists and artisans be encouraged to locate in Canada, and that the special Committee take this question up with the proper authorities.”

Of course, Fort William City Council has no influence on Canadian immigration policy whatsoever. This statement seems to be made for a public audience, or for posterity, claiming a particular popular opinion of the “right sort of immigrant,” rather than expecting any result. 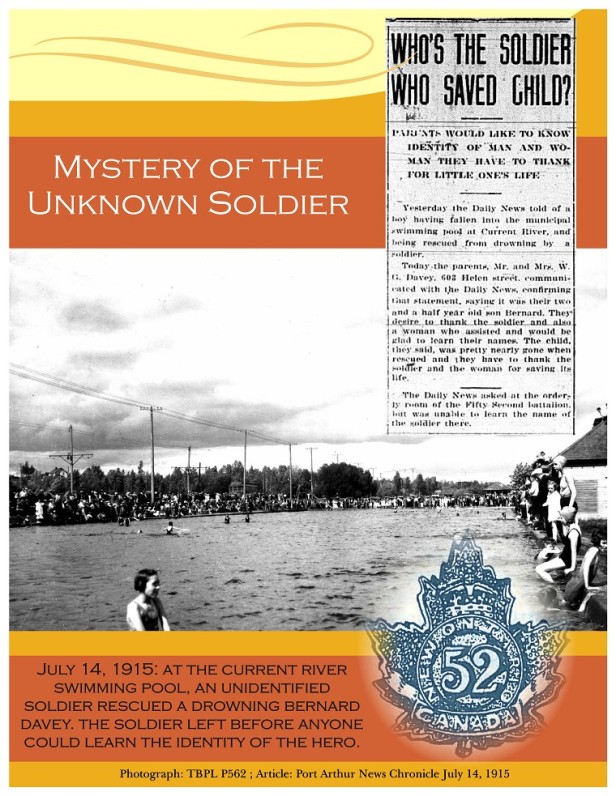 Port Arthur City Council receives a letter from A. F. Campbell, representing the YMCA, requesting that lights be installed at the Gresley Park camp.

Council receives the letter, and passes responsibility for making a decision on lights to the Commission.  This will be dealt with in August.

Another letter from Mayor Young and Fort William Council: as decided above, Port Arthur is asked to support Fort William in representations to the federal government regarding Alien Enemies. 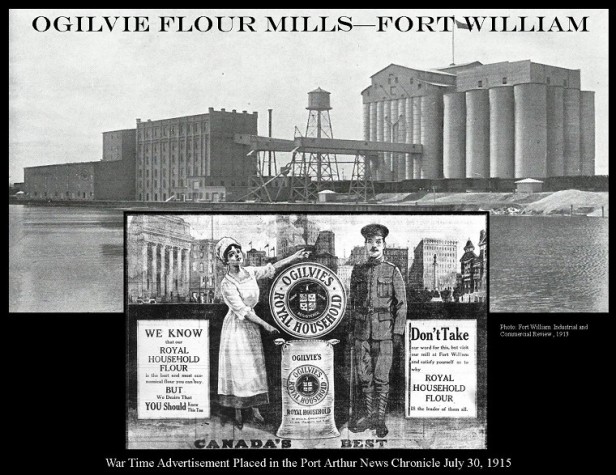