By the winter of 1916 it had become clear that the conflict of the First World War was far from over. Over four dozen individuals from Fort William and Port Arthur had already lost their lives during or as a result of the war. The impact of the war is most prevalent in the stories, photos, and records that show the real people who gave their all to the war effort in many different ways.

James Arnold Dickie was born in Grandview, Manitoba on February 10 1893.  He trained as a pharmacist/druggist and worked for the Vancouver Drug and Chemical Company from 1910-1914.  He enlisted in the Manitoba Regiment on January 27, 1916, but in September 1917 he transferred to the RFC as a 2nd Lieutenant.  After flight training in England on the Maurice Farman Shorthorn and Armstrong Whitworth FK3 he progressed to the BE2e and FE2b.  He does not appear to have flown any combat missions and likely served as a flying instructor.  He returned to Canada after the war in 1919, and in 1925 moved to Fort William where he opened a drug store.  When the Fort William Aero Club was formed he became its chief instructor.  Dickie was also active in aviation outside the city as the secretary-manager of the Canadian Flying Clubs Association, which had been formed to promote aviation across the country.  He was recognized as an extremely competent instructor, well thought of by the Club members, and his death in a training accident in September 1930 came as a major blow to the club.  He had married J. Henderson Burnett of Perth, Ontario in 1929, and they had one son who was born shortly after his father’s death. 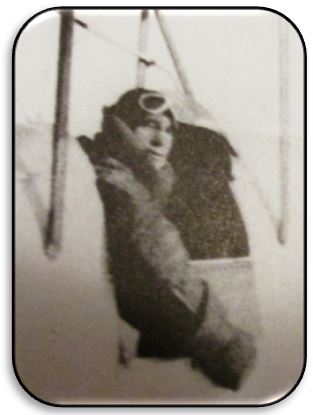 Pearl Fryer, wife of Major Hal C. Fryer (52nd Battalion), compiled and preserved an astonishing collection of photos, letters, reports, telegrams, newspaper clippings, and more in a scrapbook to commemorate the life and First World War experience of her husband. Click on the image above to access close to 100 of those items through the Gateway to Northwestern Ontario History (courtesy of the Scott/Fryer family).

Families and individuals are invited to share their stories by contacting the World War One Thunder Bay Centennial project directly at ww1project@tbpl.ca or by uploading content to the Gateway to Northwestern Ontario History database via the Thunder Bay Public Library. Just click on the Community Contributions link on the landing page to get started.