Trench Art is any decorative item made by soldiers, prisoners of war or civilians where the manufacture is directly linked to armed conflict or its consequences. Common articles are decorated shell and bullet casings and items carved from wood. The practice of trench art flourished during World War One due to soldiers having a lot of down time during battles and to prevent boredom.

These photos show napkin holders made from artillery shells with the town crests of Lens in France and Ypres in Belgium. The napkin holders are on display in the Thunder Bay Military Museum. 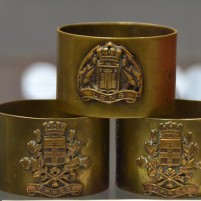 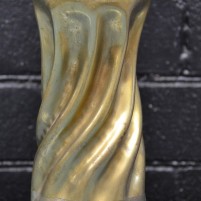 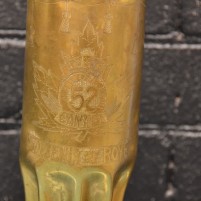 The Thunder Bay Military Museum features a World War One replica dugout/reinforced trench system, with artifacts of World War One on display. 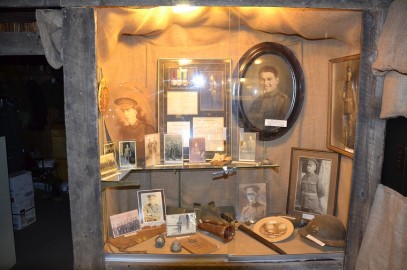 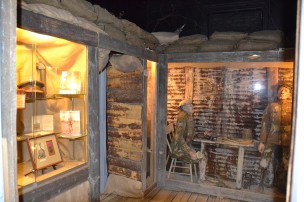 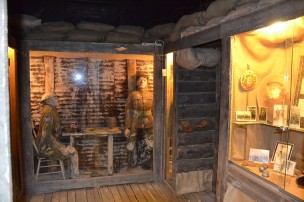