The Fort William Daily Times Journal and the Port Arthur Daily News respectfully solicited letters from soldiers at the front – or extracts therefrom – during the First World War. Any reader who had a letter from a relative or friend with the British, French or Russian forces was invited to submit said letter for publication to the community. 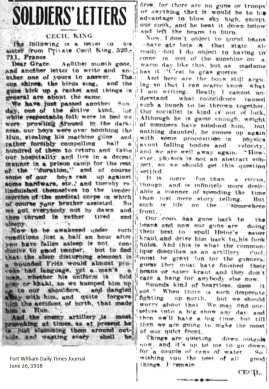 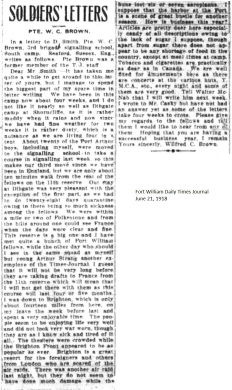 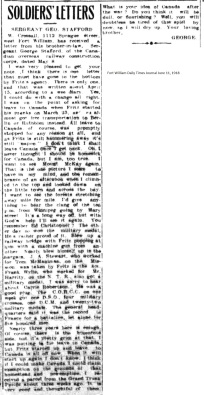