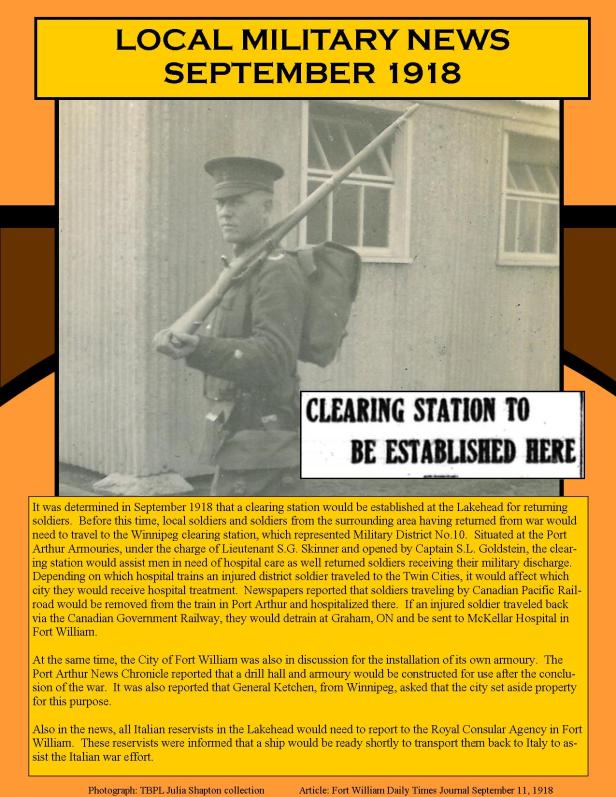 Port Arthur Council took care of the charges for the telephone and light service that was allocated to the Burk Block of the Red Cross work exchange.  The Burk Block was at 51a Cumberland on the intersection with Pearl Street.

A letter concerning the feed situation in Canada was received in Port Arthur. The council decided to send a strong protest to the Minister of Trade and Commerce, the Minister of Agriculture, and Canada Food Board against the exportation of below grade grain. This was because of the serious grain shortage occurring at the time. 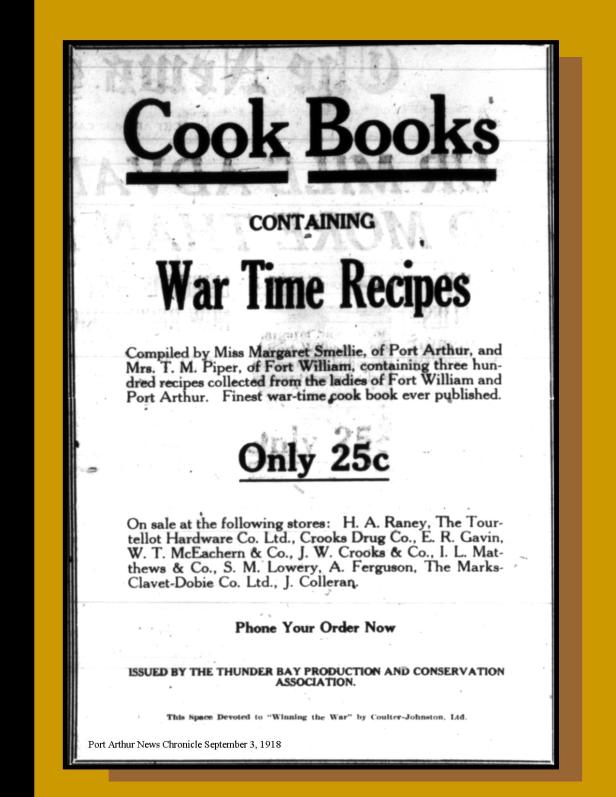 The Port Arthur Council instructed the Manager of the Market to attend the local fairs with the objective of discussing Marketing questions with the farmers of the surrounding districts. This was to find ways to improve the Market and make it more popular.

A Letter from Brigadier General Ketchen asking Council to prepare deeds and transfer property to the Government to be used for drill hall.

A drill hall is a building in which soldiers practice drill or military parades and other training activities. Theses spaces are also commonly used as a headquarters for military reservists.

The Fort William Council received correspondence from the Salvation Army asking for a grant towards the winter’s fuel supply. During World War One, the Salvation Army provided and operated temporary housing for the military overseas. The organization also gathered donations and care packages for soldiers and sent them to the front. 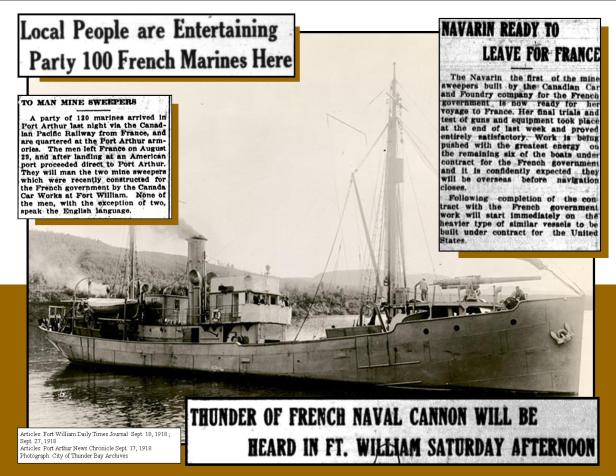 A letter filed in Port Arthur was received from the Assoc. Private Secretary Prime Minister’s office regarding the medical examination of men fit for military service. The assessment of recruits’ health and the medical classification system from the Military Service Act can be seen in the August 19th, 1918 minutes for Port Arthur.

French sailors in the Port Arthur district received a trip to the Murillo Fair courtesy of the Port Arthur Council.  This was arranged by the Mayor and Secretary C. R. B. Hill of Murillo on Wednesday, October 2nd. The Murillo Fair has been a staple event of Northwestern Ontario since 1891 and continues today. 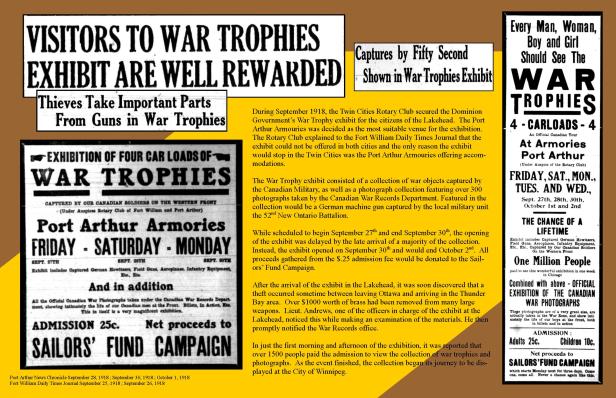 With the end of the growing season and the coming of winter, on September 25, 1918 William Wilson, Sr. sent a letter to the Port Arthur Council to inform them of the best method for storing potatoes during winter months. Port Arthur published his recommendations in the press and titled the advertisement “Mr. Wilson’s Warning”. Food conservation and management had been a great concern throughout the war years in Canada.  For more information on food consumption during the war, please see the Food Control page which features an article from Beverley Soloway entitled Victory in the Kitchen that was featured in the 2014 edition of the Thunder Bay Historical Museum Society’s Papers and Records. 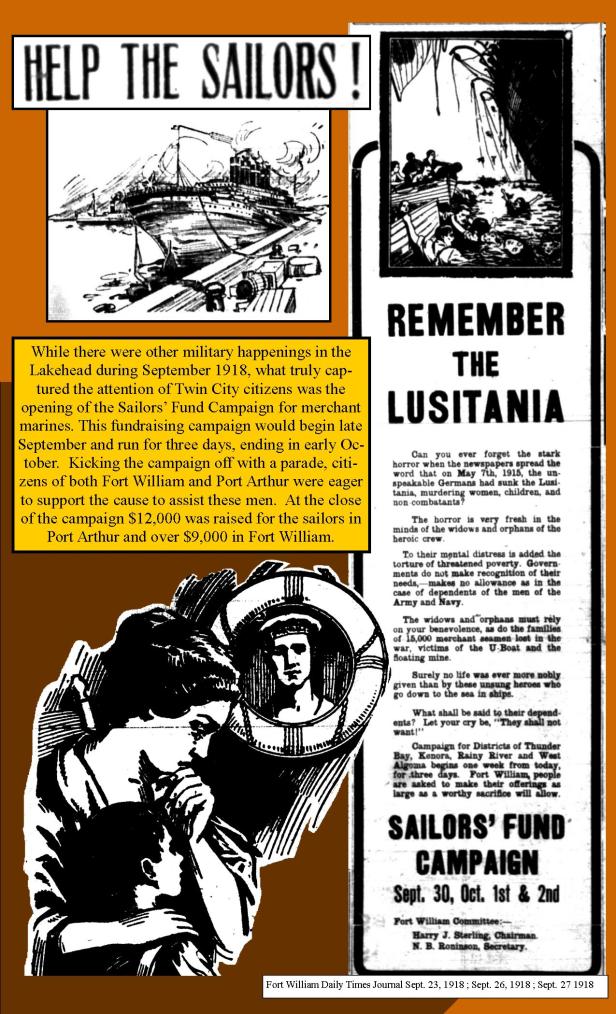